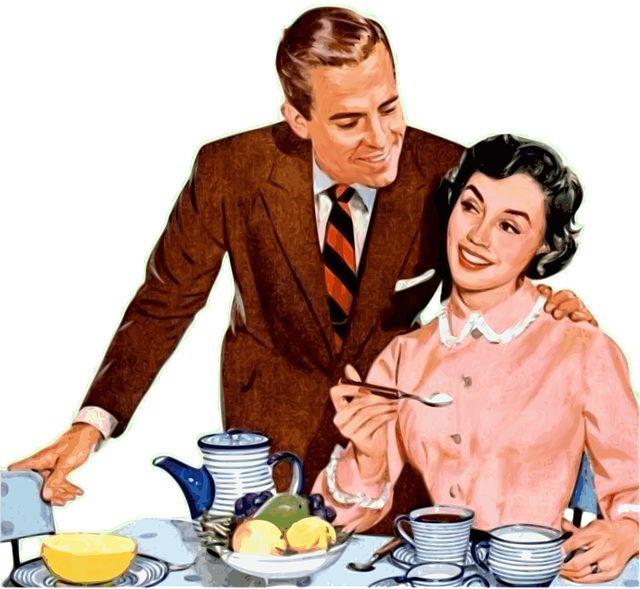 INSTALL A TIME MACHINE SET AT 1959
Think of the main benefit.  Sweat pants wouldn’t exist!  We would be all dressed up.  Women would be way more glamorous with their heels, crinolines, stockings, and pointy bras that could take your eye out if you weren’t careful.  Men would be dressed like Humphrey Bogart in Casablanca, just to take out the garbage.

And think of the music!  One of the biggest hits of 1959 started out like this:  “Fee, fee, fie, fie, fo, fo, fum!”  They just don’t write tunes like that anymore.  Plus we could turn on our transistor radios without having to listen to songs that just dwell on sex.  Well, there’s “The Happy Organ”, by Dave “Baby” Cortez.  But that’s it.

Things were so much simpler then. Take aviation. Thankfully Buddy Holly didn’t have to deal with all the hassle of flying today. The Big Bopper didn’t get frisked like some kind of drug mule, and complete strangers wouldn’t be drooling over Patsy Cline’s body scans.

If we felt like driving home after a dozen beers at the Legion, nobody would grab the keys to our Nash Rambler.  Or tell us to buckle up!  We could smoke at Council meetings without a million people complaining about their asthma, because in those days smoking prevented it!  And councilors  wouldn’t have spent a fortune on a boat launch because LSD hadn’t yet been invented to pump into their water supply.

And kids wouldn’t have to put up with their parents hovering over them trying to set up play dates.  We would just let them roam all over the beach, like free-range chickens.  And if they fell off the pier, Lassie would tell us all about it.
We would be sleeping so much better at night. No terrorism.  No serial killers to worry about, because television hadn’t invented them yet.  All we would have to be concerned about would be a nuclear holocaust that would basically destroy everything we hold dear.

We need this time machine!   So nerds, who everybody laughed at in grade nine, but are way ahead of  high school quarterbacks in contribution to society?  Get to work!